The word clan comes from the Scottish Gaelic word clann which means « family, descends« . We will use this word to name the Tsofim Yehudim patrols/teams since it is quite similar in many languages.

At the time of the Hebrews, the Clan (משפחה michpara, family in Hebrew) was the fundamental unit and the Tribe (שבט chevet, tribe in Hebrew) was formed by the union of several clans.

Jacob had twelve sons. The offspring of each these men became the twelve tribes (shevatim) of the nation of Israel. Although all the tribes are part of one nation, each tribe (shevet) has unique characteristics.

• Shevet is the name of the Tsofim regional groups (Israeli scouts).

• Tribe is also the name of the 12-14 year old units of Scouts and Guides of France (SGDF).

The Scout Shevet (tribe) is made up of clans of boy scouts and clans of girl scouts (six to eight scouts per clan).

These clans are led by Clan Leaders who are selected from the oldest and most experienced scouts of the Shevet. They are trained for their function at the beginning of each year at regional or national level.

The clans are formed in September to the summer camp of the following year. The summer camp usually lasts three weeks and brings together tribes from different towns or countries.

Clan Name
Clans names and related colors are proposed for patrols by Baden-Powell in « Scouting for Boys ».

William Hillcourt goes on in his handbook to say:

This is the key here – the name must have a real meaning to every Scout. A good name is more than just something to call the Clan: it stands for something real. In this case, that’s the identity of the Clan as a group. It’s worth taking some time to discover the best solution embody that group. They need to be able to ‘own’ the name and make it theirs.

It isn’t a stretch to say that a good Clan name is one of the most important aspects of working the Patrol method.

1. A good Clan name builds the unique identity of the Clan and makes it something that can really be taken on.

2. A good Clan name should be specific and form a key part of the Scouts’ vision for their Clan.

3. The Clan named should be both lived as a group and taken on by the individual. 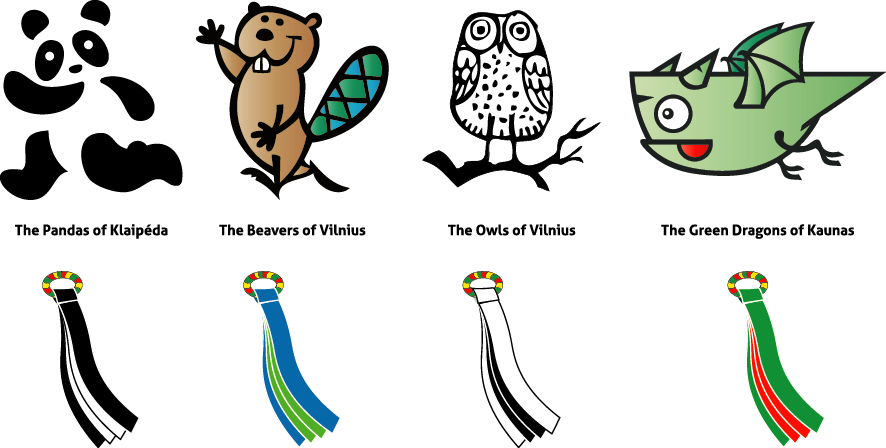 Shoulder Knot
Clans names and related colors are proposed for patrols by Baden-Powell in « Scouting for Boys ».

Each clan is identified by the wearing of Shoulder Knot with two specific colors. Clan’s Shoulder Knots are composed of two cotton ribbons (around 12cm length) in the two colors of the clan folded in two and stitched leaving the passage for a tricolor cord (yellow, green, red, the three historic colors of different Scout sections).

This cord allows to hang the Shoulder Knot to the left epaulette of the chultsa (shirt/jumper in Hebrew) — The cord’s knot is hidden in the loop formed by the two ribbons.

Clan Flag
Each clan has a Clan Flag on which appears its “totem“ (animal) in its related colors..

Badges of Office (Positions of Responsibility)
Badge of Office is sewn 2 cm from the shoulder seam of the left sleeve.

Each Scout has a responsibility to keep in his/her clan for a whole scout year , summer camp included. These are the Badges of Office. You may change your role in the clan the following year. These Badges of Office allow the clans to be more autonomous, and thus fully live the Scout Adventure.

For each responsibility in the clan, there is a madrich serving as reference to answer all your questions and help you if you need it. He wears the same badge as you.

In the clans, the Badges of Office work in pairs, including – where possible – the scout in charge of the mission and a younger scout who is trained for the following year. 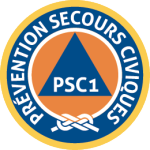 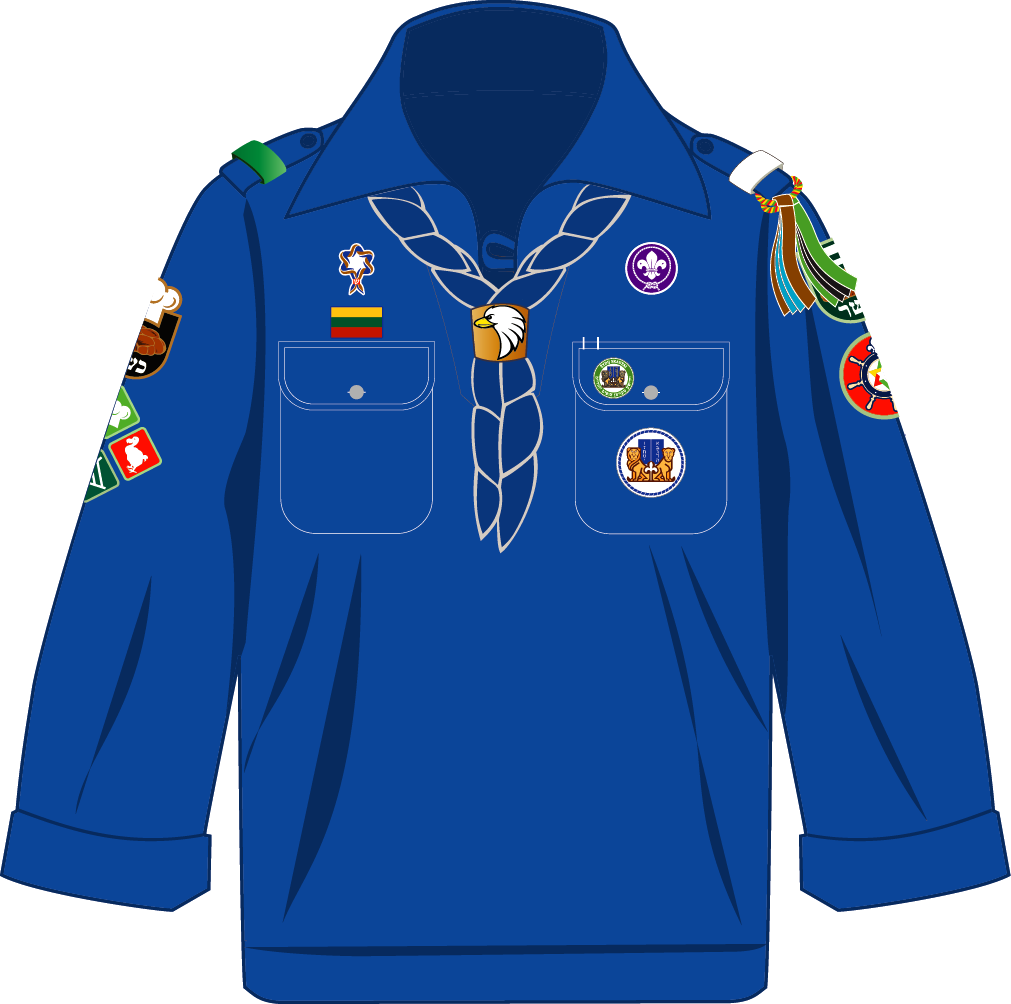 Each clan is under the responsibility of a Clan Leader, assisted by an Assistant Clan Leader.

The Clan Leader is a Senior Scout more experienced than the others, able to lead a team.

The Clan Leader is a Magen Scout. 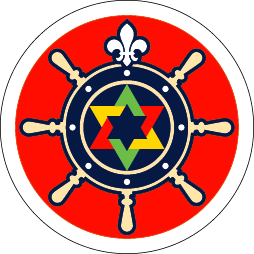 It is not because one is a Magen Scout that one is obligatorily named Clan Leader. It is also necessary to have other qualities and skills to create a good atmosphere in the Clan, so that everyone can find his place and take responsibility for projects and activities.

Clan leaders receive specific training at the beginning of the year in which they will exercise this responsibility.

– a white loop slipped into the left shoulder of the chultsa (shirt/jumper in Hebrew). 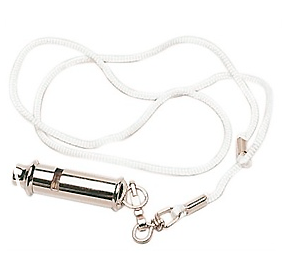 This  cord is usually made of a white lanyard that wraps around the scarf. Its length allows the whistle to fit in the right pocket of the chultsa for easy use.

The scout whistle is not a gadget but an important element of the security of an active clan: clan members must be trained to gather very quickly to the signal whistled by their clan leader.

Click on the titles to open the corresponding pages:

From the earliest years of scouting, Baden-Powell created a special and secret call for Scouts all over the world to be able to quickly recognize themselves wherever they are. This call is composed of ten notes.

Scouts use this international sign to signal their position. This call can be whistled or sung. When you hear the scout call, you answer it by repeating the call and running in the direction from which it came.